The service commences at 1930 on the Friday evening close to the 14th of September, and is conducted by Father Keith Dalby, POETSSM RTD.  All members are encouraged to attend if possible and remember the 35 crew members that are on Eternal Patrol. 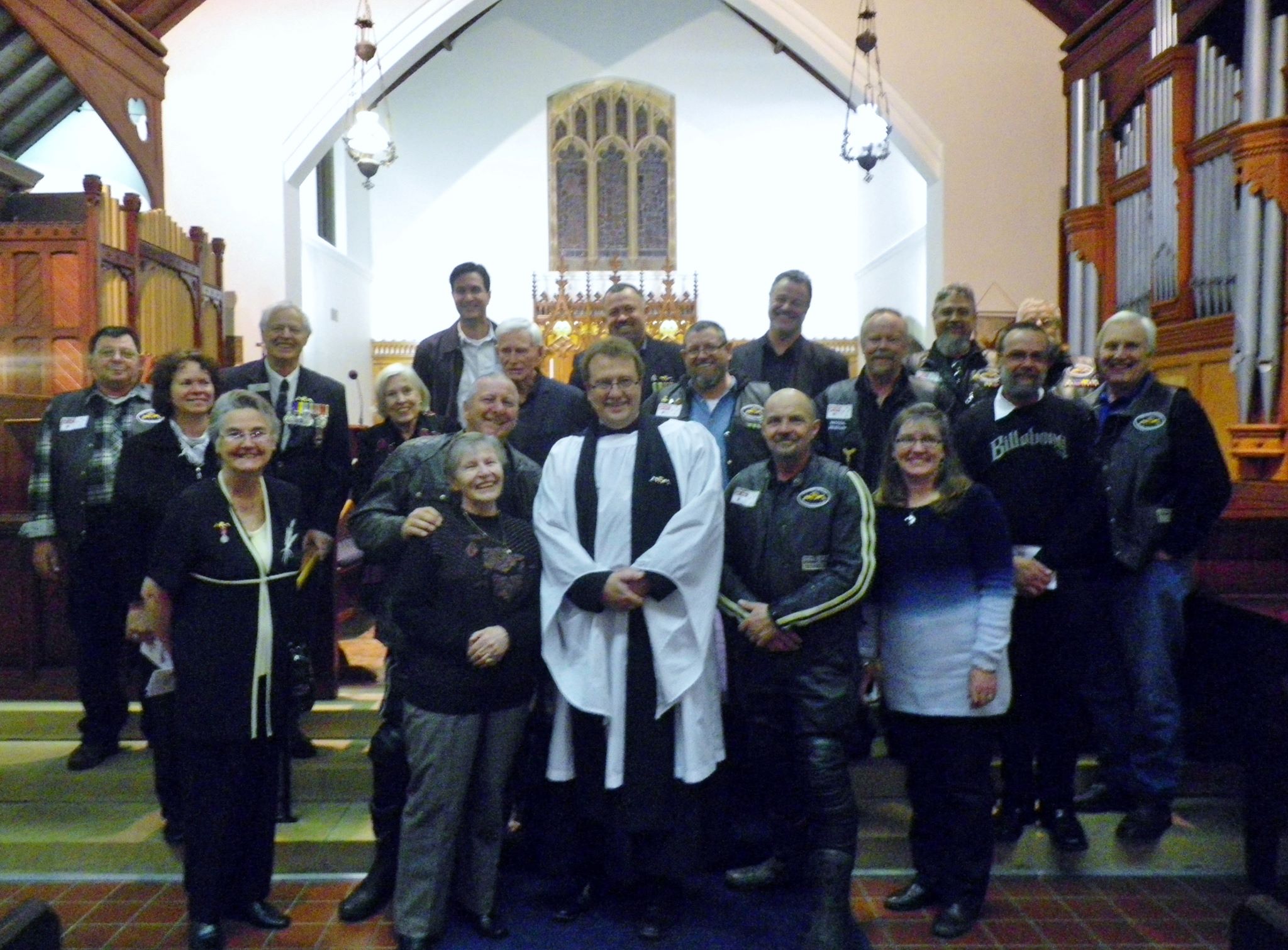 His Majesty's Australian Submarine AE1 commissioned at Portsmouth, England, on 28 February 1914 under the command of Lieutenant Commander T F Besant, RN.  She was the first of two E Class submarines built for the fledgling Royal Australian Navy.  Accompanied by her sister AE2, under the command of Lieutenant Commander H G Stoker, RN, AE1 reached Sydney from England on 24 May 1914, manned by Royal Navy officers and with a mixed crew of sailors drawn from the RN and RAN.

At the outbreak of WW1, AE1 joined the naval forces assigned to the capture of the German Pacific colonies.  With AE2, she took part in the operations leading to the occupation of German New Guinea, including the surrender of Rabaul on 13 September 1914.  The following day, at 0700, the destroyer HMAS Parramatta (I) left her night patrol ground off Raluana Point and proceeded at slow speed in the direction of Cape Gazelle to rendezvous with AE1 and conduct a patrol in St George's Channel to the south and east of the Duke of York Islands.  The two vessels met off Herbertshohe at 0800 and exchanged signals before proceeding to Cape Gazelle where they arrived at approximately 0900.  A further exchange of signals followed during which Parramatta advised AE1 that her 'orders were to search to the south'ard with submarine and anchor off Herbertshohe at 1730'.

Parramatta then proceeded independently in a southerly direction while AE1 advanced in a north-easterly direction.  The weather was hazy and visibility was observed to be between 9 and 10 nautical miles, at times decreasing to 5 miles.  Parramatta reported that AE1 was obscured by the haze for some time, as was the nearest land.  Given these conditions, Parramatta's Captian, Lieutenant W H F Warren, RAN, considered it advisable not to lose sight of the submarine for too long.

At 1230 Parramatta turned to the north-west and by 1430 she was close to AE1 when the submarine asked by signal: 'What is the distance of visibility?'  Parramatta responded: 'About 5 miles.'  At 1520 the submarine was lost sight of and Parramatta altered course and steamed in the direction she was last seen.  No sign of AE1 was found and it was considered that she must have steamed back into harbour without informing Parramatta.  Consequently Parramatta proceeded to the north-west and rounded Duke of York Island before heading to Credner Island, later anchoring off Herbershohe at 1900.  By 2000 the submarine had not returned and Parramatta and HMAS Yarra (I) were ordered to search for her.  HMAS Sydney (I), on her way to the west coast also received instructions to keep a lookout and later HMA Ships Encounter (I) and Warrego (I) also joined the search together with launches from Rabaul and Herbertshohe.  No trace of AE1 was ever found, not even the tell-tale shimmer of escaping oil on the water.

The loss of AE1 with her entire complement of 3 officers and 32 sailors was the RAN's first major tragedy and it marred an otherwise successful operation to seize the German possession in New Guinea and the South Pacific.  It is not known what caused AE1 to disappear without trace and since her loss in 1914 several searches have been conducted to establish her whereabouts.  Regrettably none of these have been successful. 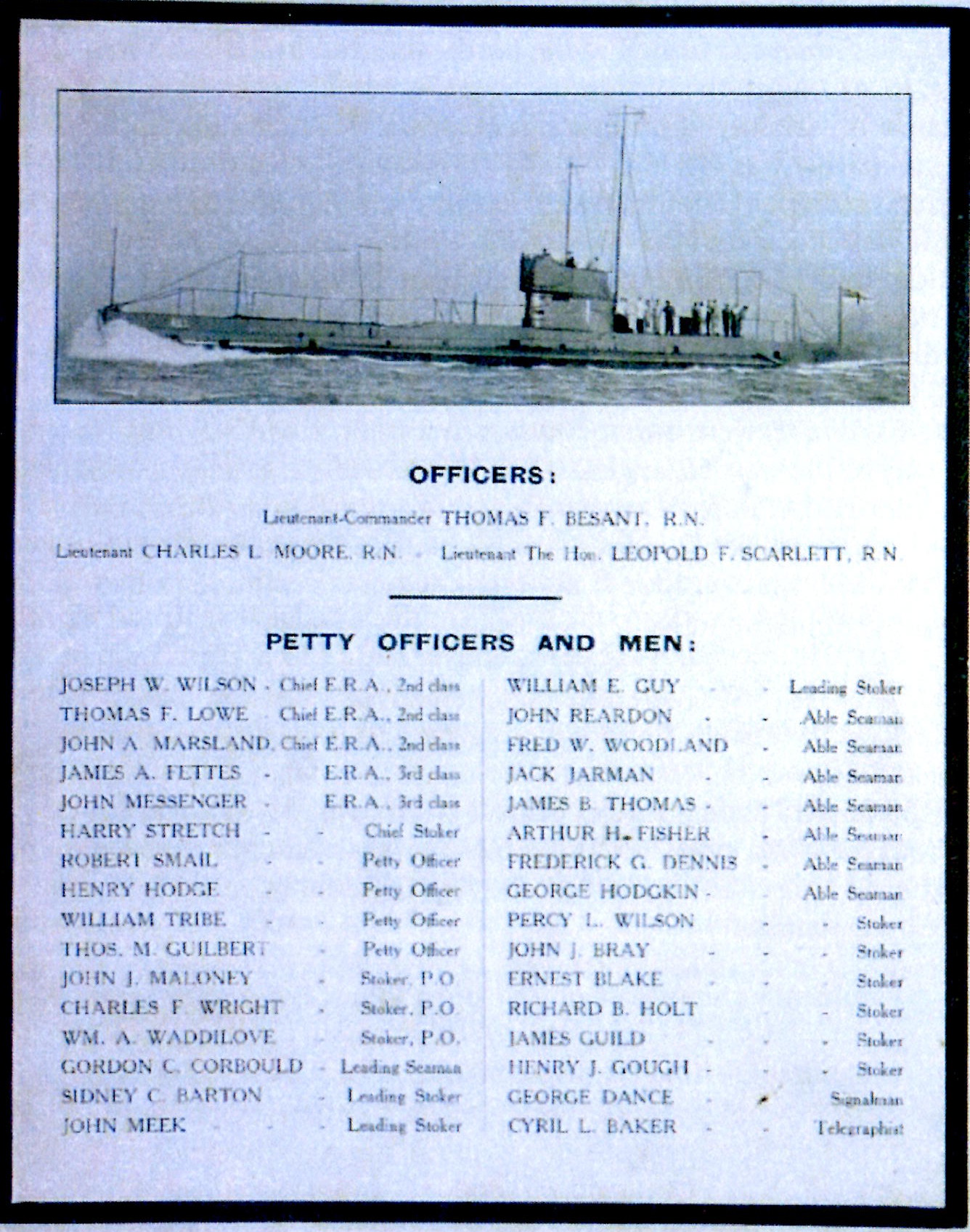